Get Your Fun Utility Vehicle 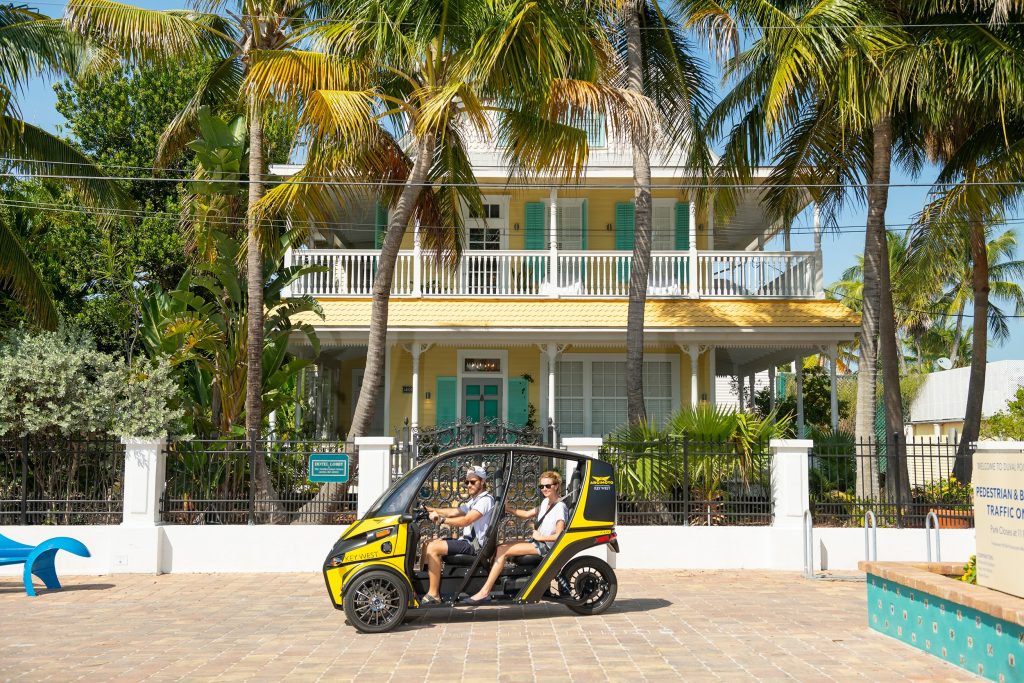 Looking for a new and exciting experience to make your Key West visit memorable? Try out a new way to zip around the island with zero emissions. Arcimoto Key West is proud is stand out as an early adopter of America’s newest and most exciting electric vehicle – the Arcimoto FUV.

Arcimoto – the name means “Future I Drive” – is a trail-blazing Oregon alternative transportation company founded in 2007 with the mission to design and build vehicles that will catalyze the shift to a sustainable transportation system and raise the bar for environmental efficiency, low carbon footprint, and affordability.

Arcimoto is a start-up manufacturing company that makes its home in funky, freaky Eugene, Oregon – a place in the Oregon woods where the ‘60s never ended. Eugene is the long-time stomping grounds of the Grateful Dead and hometown of Merry Prankster captain Ken Kesey and his Magic Bus.

Eugene is a little town that seems to inspire big imaginations. The classic comedy Animal House was filmed in Eugene, and while John Belushi played berserk frat boy Bluto in the movie, he got the inspiration for the Blues Brothers from bands at Taylor’s Tavern near the University of Oregon campus.

History-making U of O track coach Bill Bowerman was another local innovator. During the 1960s, Bowerman had a vision of “waffle” soles on running shoes instead of spikes. He made the soles in his garage with a kitchen waffle iron and had runners Otis Davis and Phil Knight test them.

Bowerman and Knight ended up starting a company named Blue Ribbon Sports to sell Japanese Onitsuka Tiger running shoes out of Knight’s car at track meets. When the company started selling Bowerman’s shoes a few years later, Bowerman and Knight changed the company’s name to one you may have heard before: Nike.

Besides giving you some nice cocktail hour trivia, this brief look at Eugene is offered here to introduce a quirky West Coast town that could be Key West’s perfect sister city. It also demonstrates the deep roots of creative innovation behind the Arcimoto Evergreen FUV. This cutting-edge vehicle is the newest and coolest way to experience Key West, and it’s brought to you exclusively by Arcimoto Key West!

Fun Comes in a 3-Wheeled Package

The Arcimoto is a battery-powered, three-wheeled, open-air vehicle built on a reverse-trike platform. It has two wheels up front for an incredibly smooth, stable ride, and one in back for maneuverability that puts a golf cart to shame. Each front wheel is powered by its own motor, and the pair work together to put out a very respectable 81 horsepower and give the Arcimoto a zippy 7.5 second 0-60 acceleration profile that makes the Evergreen flat-out fun to drive.

That’s why they call the Arcimoto Evergreen an FUV – Fun Utility Vehicle. It’s the perfect way to cruise the streets of Key West. Driver and passenger are cushioned in bucket seats and protected by a solid-steel frame, front crush zones, and dual criss-cross lap and chest belts. The FUV also surrounds you with creature comforts including cup and phone holders, a cargo compartment that carries up to 30 pounds of goodies, and a Blue Tooth sound system to lay down the ideal sound track for styling your way around the island.

Tour Paradise Aboard an FUV

Arcimoto Key West invites you to jump into the driver’s seat of your own Fun Utility Vehicle. You don’t want to miss the chance to tour the island in a clean, green machine that puts fun, excitement, and sustainability together into an easy-to-drive package. The Arcimoto turns heads even on this island where the inventive, outstanding, and unusual are everyday sights. It’s the most fun you can have on 3 wheels! 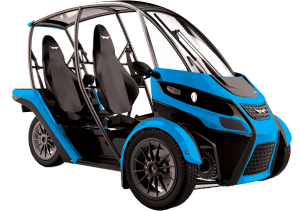 The Arcimoto FUV (Fun Utility Vehicle) is the latest generation of cutting-edge sustainable vehicle technology made by Arcimoto in Oregon, USA. The powerful, sporty FUV is the coolest new way to get around Key West and it is brought to you exclusively by Arcimoto Key West, America’s first official Arcimoto rental center. See Key West by FUV – try an Arcimoto today!
Book Now

To keep up with what’s happening at Arcimoto Key West and our growing fleet of unique FUVs, subscribe to our  newsletter.

Use code JANUARY10 and save 10% off all rentals in January when you book online!